My goodness, this is such a different and interesting teen book, perfectly placed in that awkward inbetweeny years of not really knowing oneself but hoping for meaning.

Taking the diary format as an outlet of adolescent frustrations and aspirations it will remind adult readers of the younger diaries of Adrian Mole, and younger readers of middle grade diary efforts but this is an incredibly clever narration as Jo promises at first just to put the good bits in… the humour and teenage whinging and worrying belies heartbreaking truths that will make your heart burst for Jo.

This is a secret diary of Jo Kwan, between the summers of 1984-7 after her parents move into the upstairs flat of a Chinese Takeaway in Coventry.

Jo feels her family is crazy between using soy sauce as a miracle cure, the annual battle of the lobster at Christmas instead of turkey, the fact she has to work in her parents takeaway and the fact that her family can’t really talk to each other; her mum doesn’t speak English, her grandparents don’t speak English and yet the children don’t speak Chinese. This brings not just isolation from her family but from the Chinese community and as Jo experiences racism she feels she doesn’t really fit in anywhere.

But this diary reveals bit by bit how she begins to build a life, even when it seems dark and inescapable. 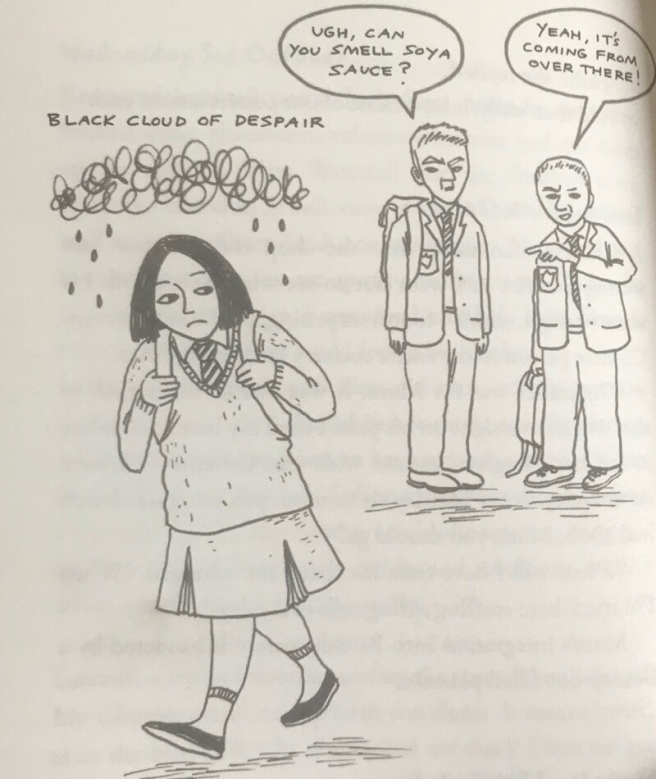 This is an incredibly sweet and funny book that has moments of incredible tenderness with an undulation of something unspoken.

As an adult I was saddened and angry, as a parent I was furious throughout at some things and the reveals later in the book made me incandescent and want to rescue Jo.

But I know as a younger reader the ways these things are revealed can be very powerful, Cheung takes time to build our relationship with Jo, to get us to care, to laugh, cringe, hope and to dream with her before she finally confides in us the truth she’s been omitting in her diary entries. 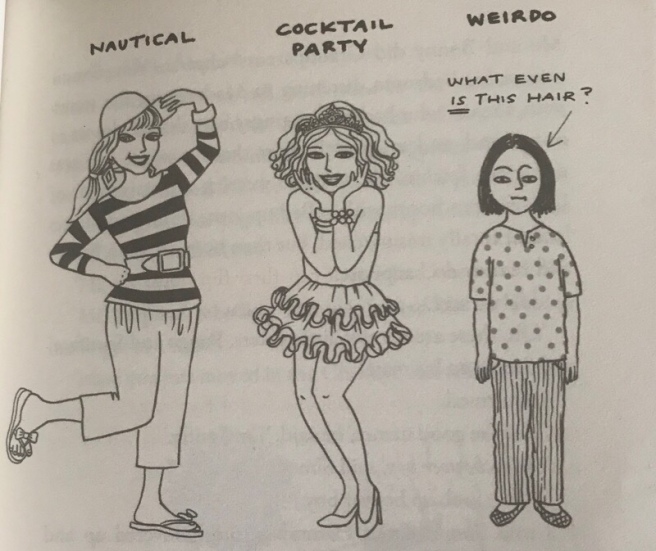 There are strong Adrian Mole parallels with a working class 1980s Midlands setting, a sudden new sibling, a reluctant bond with an elderly member of the community and that cringeworthy horribleness that is being a teenager, not fitting in, not having the money to really try but dreaming of being great one day.

However Cheung has elevated this to new levels with a heartfelt portrayal of life feeling stuck between your identities, feeling English but others making Jo feel not quite enough yet at the same time not Chinese enough either thanks to neglect from her parents to immerse her in the heritage & language instead of cobbled Chinglish.

There are some truly beautiful moments, tender snatches of peace between Jo & Bonnie, Smiffy to the rescue and that surge of happiness feeling that Tina is a true friend for example. There are also completely bonkers hilarious moments too such as dad giving Billy the goat a piggyback ride that lift the moments of shock and sadness making Chinglish a bittersweet but ultimately hopeful story.

There is much in this novel for building empathy, but that would be a sad reason alone to pick up this book as it is a playful, hopeful and tender book full of dreams and frustrations, and whether or not children resonate or see parallels with life with the Kwans, Jo is a full and realised character that is a role model for strength and grit, and not being too proud to apologise either.