As soon as I saw the teaser materials for Skeleton Keys I knew this book was going to be loved in our house and when I picked up a early release copy in Blackwells Oxford I was so excited to get this book home to enjoy.

Littlefae has basically claimed this book as her own, I mean come on the Gorblimey is the best character name for a 6 year old to discover!! We are reading together but I confess I have read ahead because it’s such a fun and playful read for fans of Stitch Head and certainly fun for Laura Ellen Anderson’s Amelia Fang fans too. 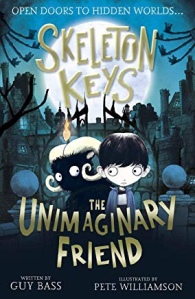 Ben has no friends. Well it is difficult when your dad ups the family to move to another coastal town every year, but it doesn’t help that Ben is wrapped up in his little world with his imaginary friend the Gorblimey.

So when his parents throw a birthday party and no one turns up Ben is so humiliated he imagines the Gorblimey into reality and grabs the attention of Skeleton Keys another IF (Imaginary Friend)made Unimaginary with finger-keys that open portals to different worlds and is convinced that the Gorblimey is a danger… but is it really the Gorblimey or is there something else afoot? 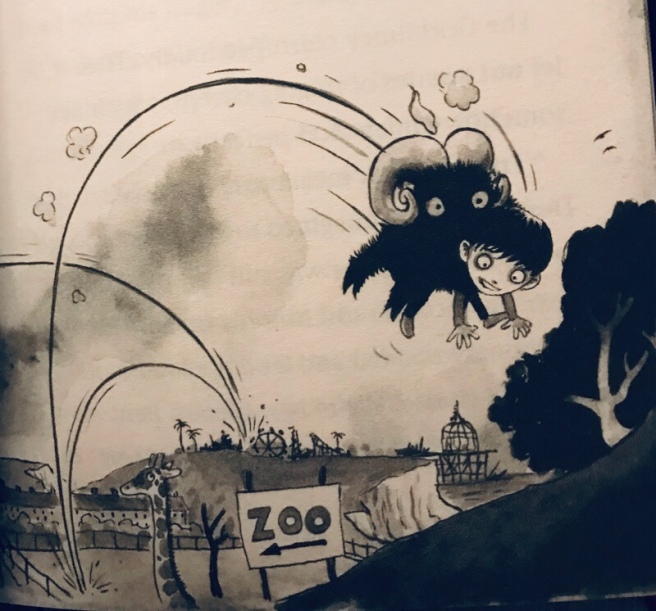 This book is SO MUCH FUN! Yes it’s a bit creepy and kooky but in that safe and fun spine-tickling exhilarating manner not ‘all the lights on or screaming nightmares’ scary.

The Gorblimey is such a fantastically creative character with his chirrups, purrs and POOOM!ing away from danger. Guy has spent a lot of attention to the imaginary constructs in his book thinking about the age their creator was at the time and what they wanted from that IF. 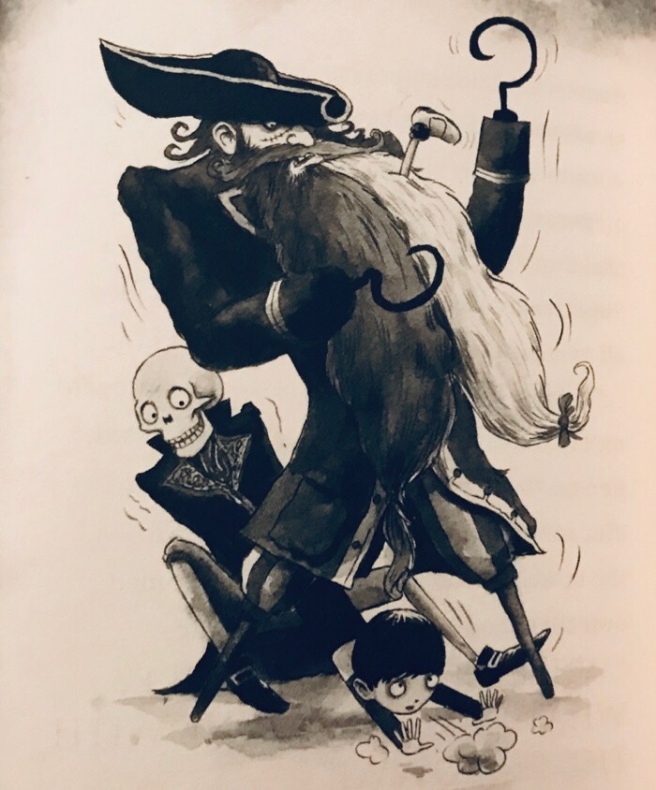 I love the use of mondegreens in the IF language especially of Captain BeardBeard which really is so funny discovering the tender mishearings of pirate phrases by a 5 year old which is sweet and playful yet incredibly clever at the same time.

Skeleton Keys himself is an interesting character and I like how the story is left open to future possibilities. There is a sprinkle of Skullduggery Pleasant, a touch of a dashing dandy highwayman, and it may just be me but a little dash of the whimsical side of Death from Terry Pratchett’s Discworld stirred up with a big dollop of Nonsense and playfulness and it’s all wonderfully exciting, perfectly pitched to the 6-9 age group that love books like Amelia Fang. 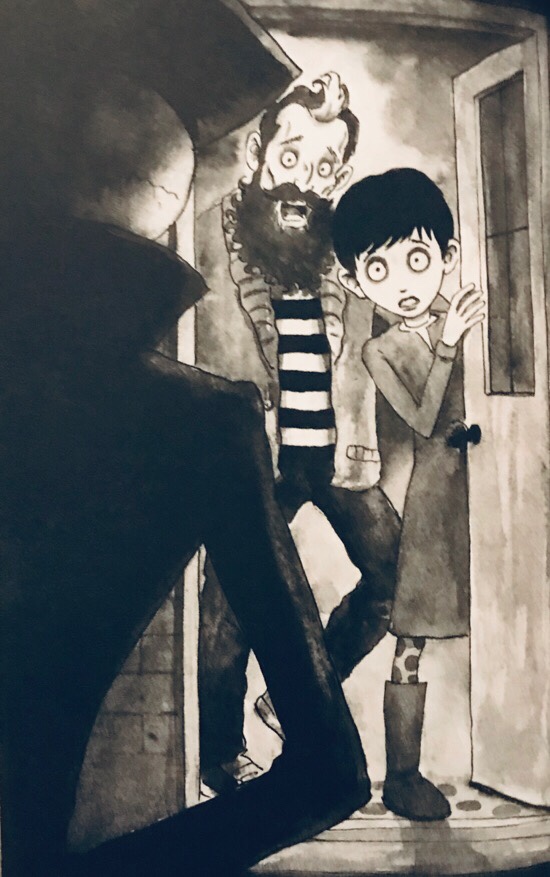 Pete Williamson’s gorgeously gothic illustrations with wide dark eyes and smudgy shadows and page edges really make this book pop. In the back are character development sketches to see how Williamson brought Bass’ creations to life which is fascinating and the illustrations are inserted with enough frequency to make the short chapters even more appealing to children just beginning to embrace early chapter books and don’t want to lose too much illustration.

Littlefae adores this story and is looking forward thoroughly to the return of Skeleton Keys and what adventures will be had through the Doorminion especially after Guy Bass gave us a little peek of a character called Luna!

I’m certainly excited to see where this series goes!

Skeleton Keys: The Unimaginary Friend by Guy Bass and illustrated by Pete Williamson is published by Stripes.